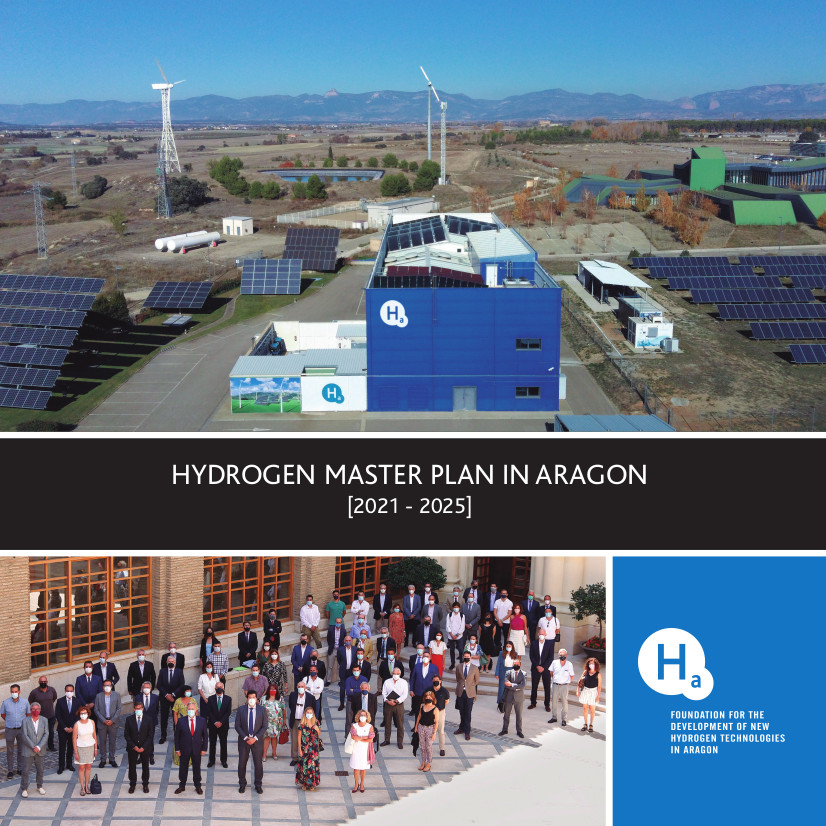 Our entity has the Hydrogen Master Plan in Aragon 2021-2025, elaborated by the Foundation in collaboration with different subject-matter experts. This Master Plan is the continuation of the first and second edition created in 2007 and 2011.

For the elaboration of the Hydrogen Master Plan in Aragón 2021-2025, the strategic lines of work defined in the previous Plan 2016-2020 were reviewed first, counting for this task with the assessment of experts in each subject. Subsequently, an analysis of the state of the art of the main trends of the sector was carried out, defining and validating the new lines of work. Based on this previous analysis, five working groups were developed with 70 experts from 45 entities in which the different actions for each line of work were defined.

The period of time covered by this new Master Plan, until 2025, is highly significant, given the essential role the technological development and the energy can play in the economic recovery. Additionally, in terms of hydrogen and fuel cells, there is nowadays a wide consensus among governments, industry, car manufacturers and energy companies in which the commercialization of hydrogen fuel cell vehicles will begin in the next years. Furthermore, the International Association for Hydrogen Energy (IAHE) named Zaragoza as the headquarters in the year 2016 for the World Hydrogen Energy Conference, WHEC.

The Government of Aragon, particularly the Department of Industry, Competitiveness and Enterprise Development finances this initiative with the aim to favour the hydrogen and fuel cells research in the Autonomous Community of Aragon.