Vice-President Arturo Aliaga closed the presentation of the H2PiyR project, which demonstrates the advantages of sustainable mobility and highlights the projection of hydrogen research.

The H2PiyR project, developed between July 2016 and June 2021, has enabled the establishment of a cross-border corridor of refuelling stations for hydrogen vehicles that already connects the Pyrenean regions of Aragon in Spain and Occitania in France. The European Regional Development Fund (ERDF) has provided 65% of the 1.6 million euro budget.

The Vice-president and Minister of Industry, Competitiveness and Business Development, Arturo Aliaga, has been in charge of closing this Wednesday the conference held at the facilities of the Aragon Hydrogen Foundation in the Walqa Technology Park in Huesca in which the result of this European project has been presented “which has shown that hydrogen technology is perfectly usable in everyday life”, they emphasize.

With this, this initiative framed in the strategic priority axis 1 of the Interreg V-A Spain-France-Andorra Programme (POCTEFA 2014-2020) has brought both territories closer to the centre and north of Europe, where the deployment of infrastructures associated with this type of zero-emission mobility is more advanced.

Aliaga explained that “the roadmap drawn up by the Aragon Hydrogen Foundation is aimed at participating in different research projects, such as the one presented today, which we are joining and promoting”.

The conference was attended by representatives of the partners promoting the project, which in addition to the Aragonese Foundation are the French companies EDF and H2 Impulsion. The project’s associated partners included FEDA (Forces Eléctriques d’Andorra), the city councils of Huesca and Jaca, the French region of Midi-Pyrénées and the Aragonese companies Zoilo Ríos and Calvera.

Among the participants were the president of the Ondulia Group, Lilian Cantos; the director of Innovation and Economic Development of EDF Hydrolica Production, Alain Picasso and Olivier Hautin, commercial and marketing director of Pragma Industries, as well as our managing director of the Aragon Hydrogen Foundation, Fernando Palacín.

H2PiyR demonstrated the advantages of using hydrogen and fuel cell electric vehicles, with two Hyundai Nexo cars sharing the stage at the hydrogen plant of the Aragon Hydrogen Foundation and a fleet of hydrogen bicycles. But it has also served to raise awareness among citizens and administrations, boost local economies, promote business opportunities for SMEs and encourage innovation in all areas of knowledge needed to develop the corridor.

Likewise, the project has made it possible to update the hydrogen plant in Alto Aragon and build a new one in Riex-de-Pelleport (Pamiers, France), which was inaugurated in October, so that a hydrogen vehicle can now cross the Pyrenees and refuel on either side of the mountain range with similar parameters of autonomy and refuelling time to those of a conventional petrol car, but without emitting absolutely no pollutants into the atmosphere.

From now on, work will be done on the continuation of this corridor along the entire length of the Pyrenees mountain range. The objective, therefore, will be to establish a hydrogen vehicle supply infrastructure in all the regions of the POCTEFA territory, favouring decarbonisation and sustainable mobility.

In addition, the partners from both countries have worked intensively on the technical side to collect a large amount of data on journeys and refuelling with hydrogen vehicles and their life cycle, as well as to compile the regulations applicable to hydrogen refuelling stations and to promote various awareness-raising actions for all types of audiences.

The work developed under this project is fully aligned with the different European and Spanish hydrogen strategies, including the Renewable Hydrogen Roadmap promoted by the Spanish Government in 2020, which foresees an infrastructure of between 100 and 150 hydrogen plants in the country by 2030 and at least 5,000 light and heavy fuel cell vehicles circulating on our roads, to which will be added hydrogen-powered trains for the transport of goods, logistics support machinery and supply points at ports and airports. 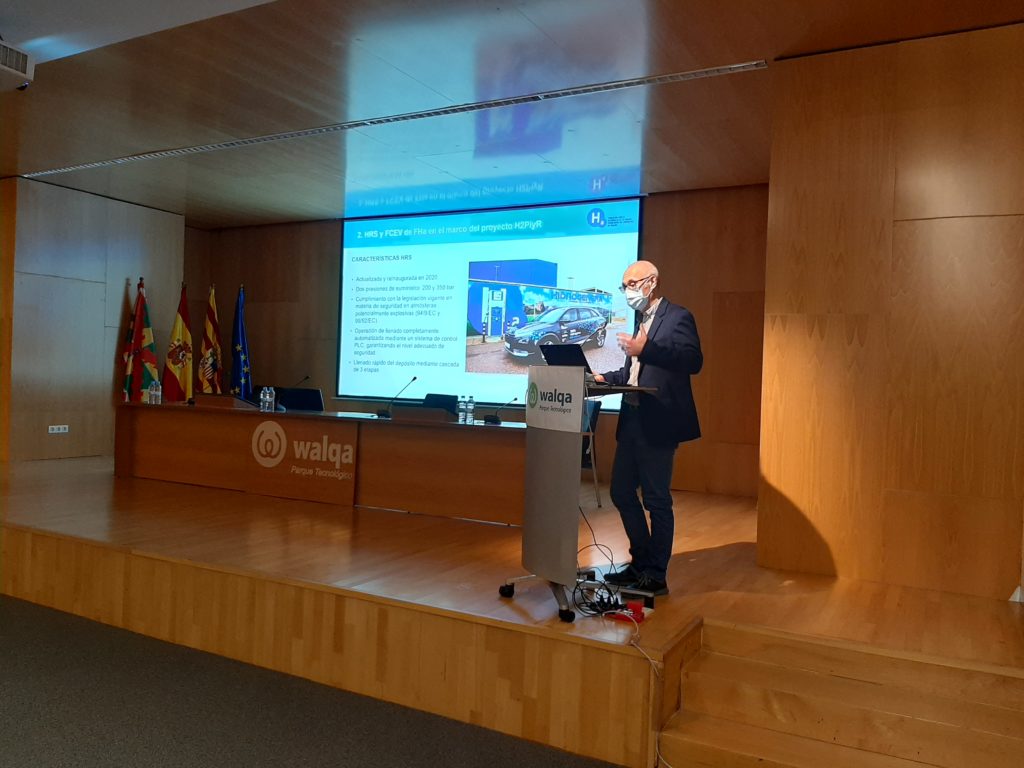 Presentation by Pedro Casero, Head of Innovation at FHa 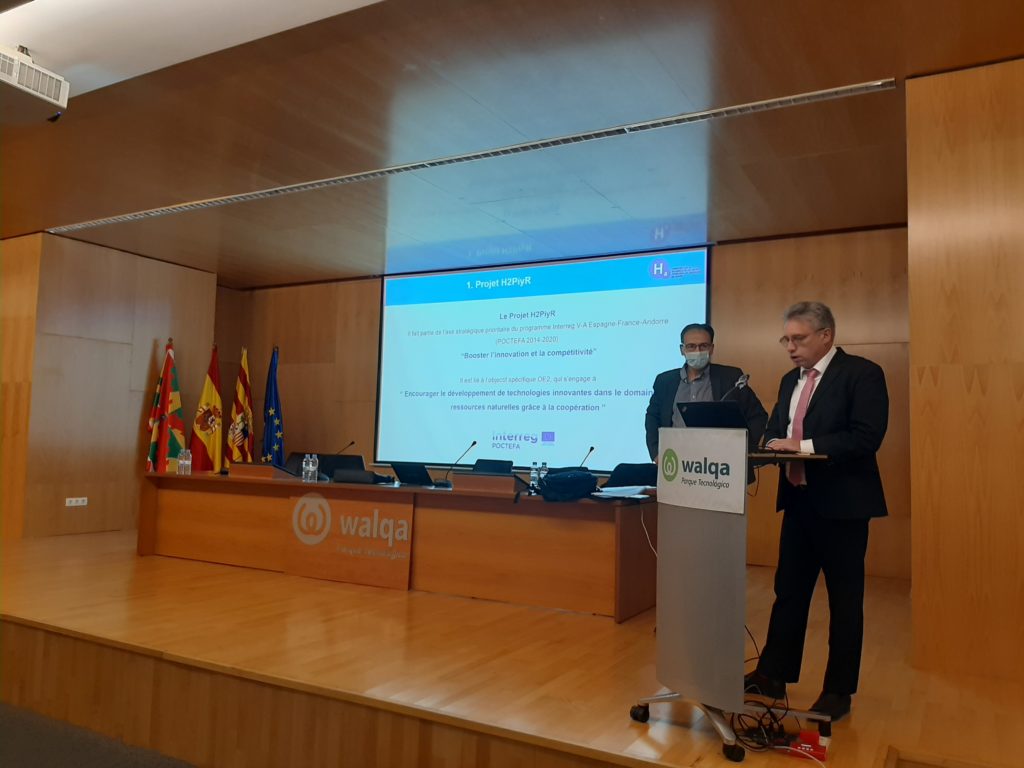 Presentation by Alain Picasso, Director of Innovation and Economic Development of EDF and Lilian Cantos Director of Ondulia Group 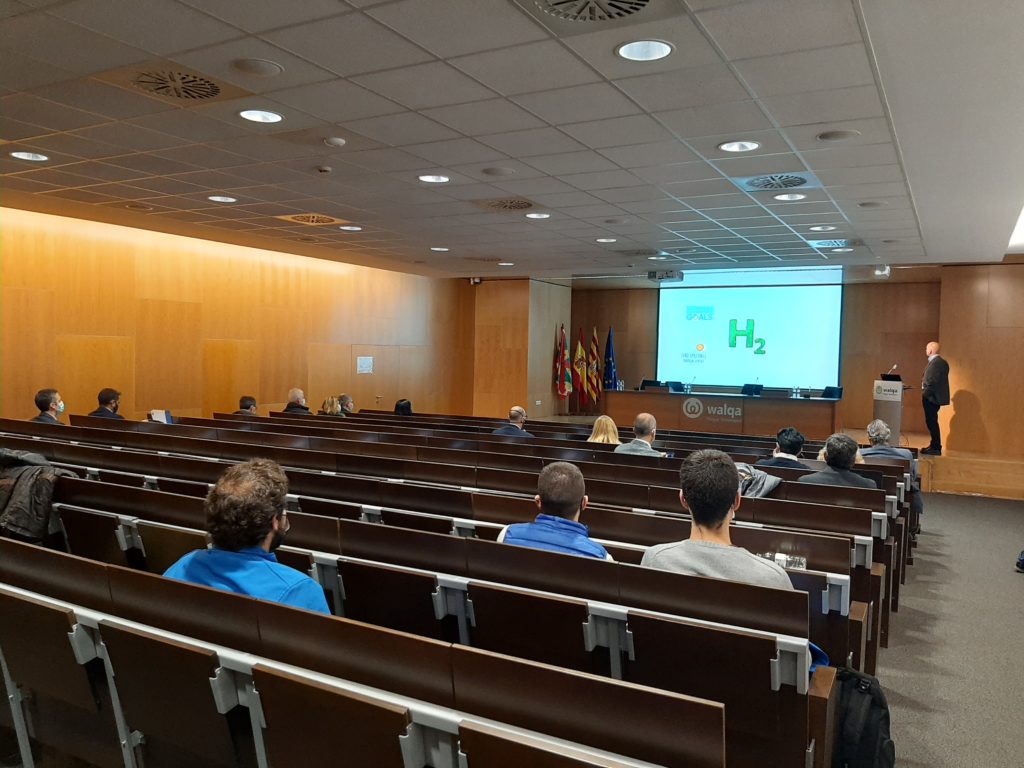 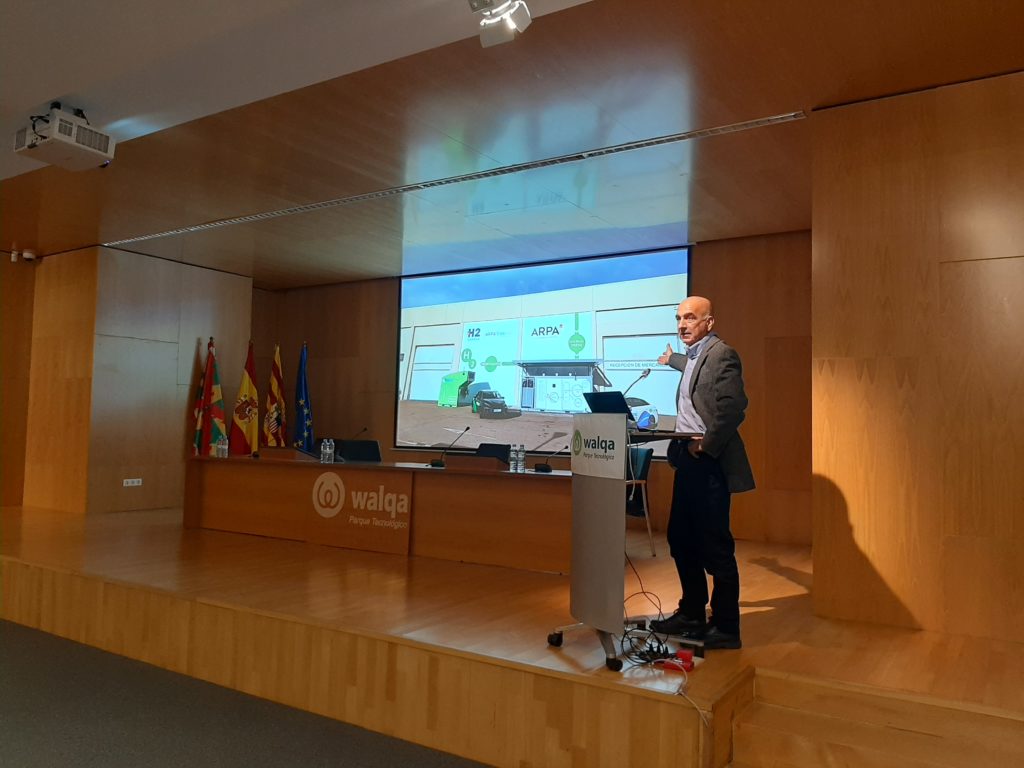 Presentation of SHiE by Zoilo Roís 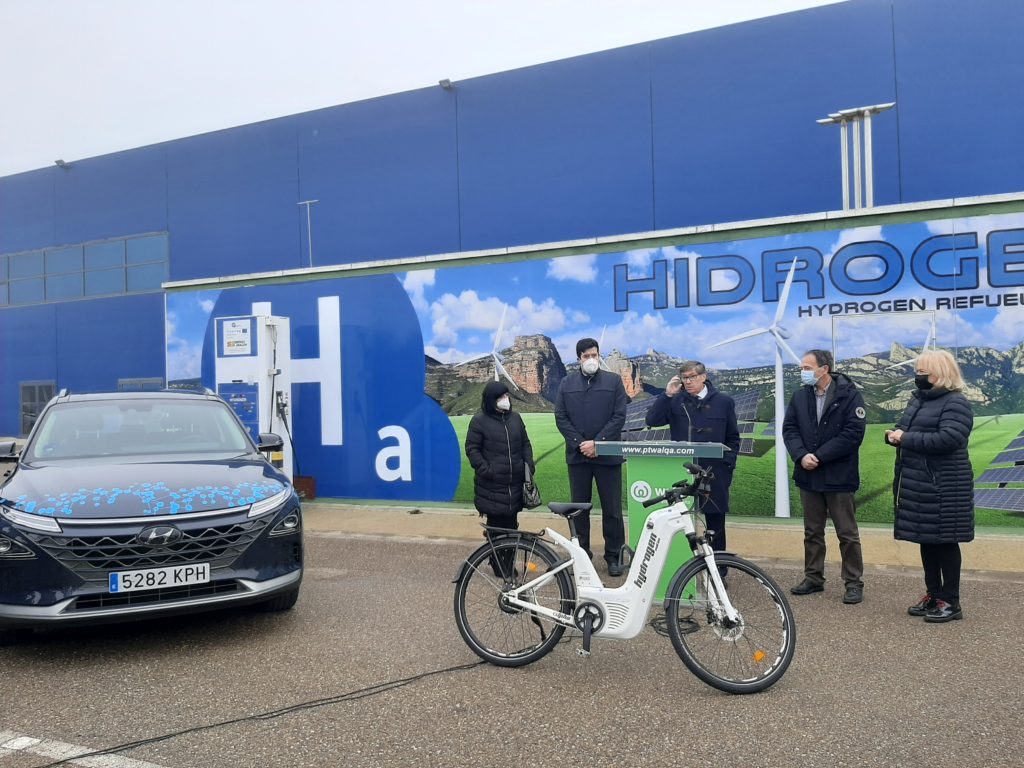 In the picture Arturo Aliaga Vice President and Minister of Industry, Competitiveness and Business Development of the Government of Aragon and President of the Hydrogen Foundation in Aragon during the presentation to the media. 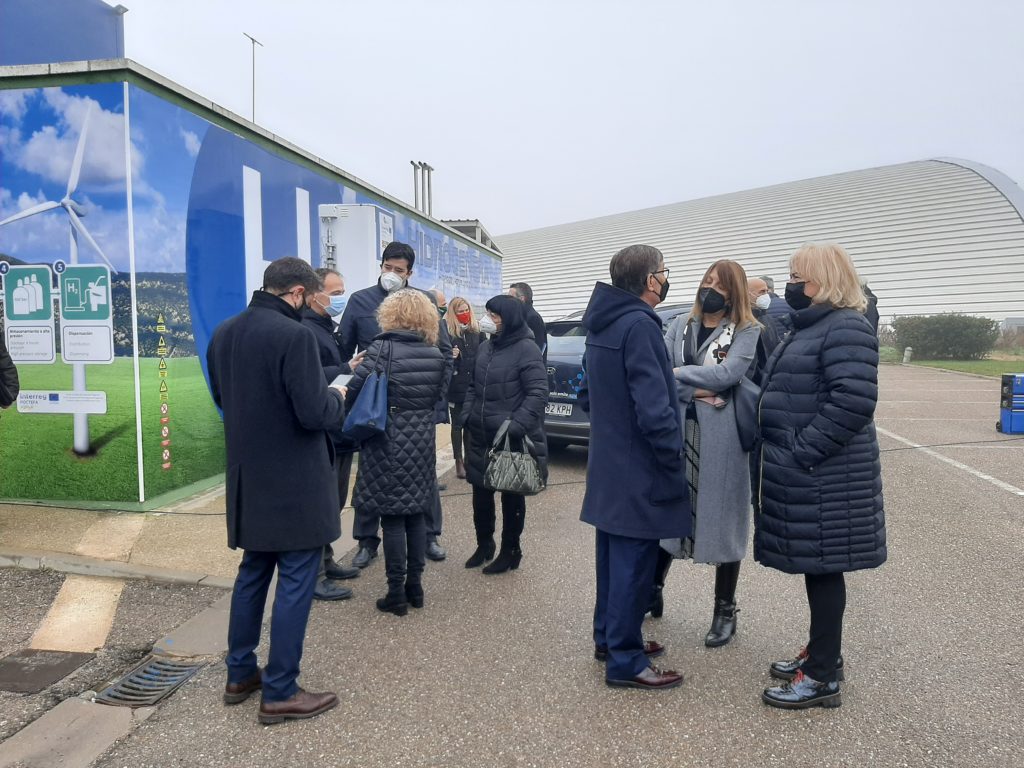 In the picture Arturo Aliaga Vice President and Minister of Industry, Competitiveness and Business Development of the Government of Aragon with Berta Fernández, Mayoress of Sabiñánigo. In the background, Ana Loriente, Councillor for Citizen Safety and Mobility in Huesca City Council, together with the Director of the Foundation, Fernando Palacín.